S&B Waste Management and Recycling Limited is a Midlands (UK) based company committed to both the lasted methods of recycling and using technology to enhance its business processes. The company’s IT partner, Ultralogic Solutions, identified and recommended Exploding Phone as a suitable developer to deliver a mobile app to help streamline S&B’s operational processes. 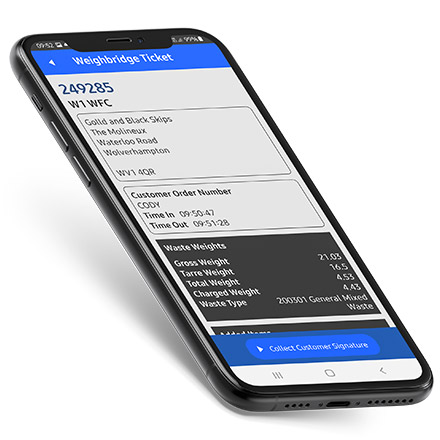 Ultralogic Solutions had previously implemented a bespoke order processing system to generate invoices relating to the collection/deliveries of skips and for on-site waste disposal. However the system was paper-based resulting in delays raising invoices. By improving the efficiency of this aspect of the system S&B identified an opportunity to accelerate the generation and subsequent payment of invoices thus improving the company’s cash flow.

Skip/Bin Collections and Deliveries when drivers arrive at a customer site to collect and/or replace a skip the app enables the driver to document the following scenarios: a) skip collected and content is as expected, b) skip collected and content is different from expected, and c) unable to collect skip due, for example, to an obstruction. In the second and third case the driver is able to use the app to photographs the issue and in all three cases the driver obtains a signature from the site manager. This information is automatically uploaded to S&B’s order processing system where the information is cross-referenced against a price-book and an invoice is created.

On-Site Waste Disposal (Weighbridge): when a customer is delivering waste to one of S&B’s sites the Weighbridge Operative uses the app to document the customer’s name, vehicle registration number, waste type, along with gross and tarre weights. As with Skip/Bin Collections component of the app the user has the ability to obtain customer signatures and upload photographs where discrepancies between stated and actual type of waste is identified. Once a delivery has been agreed the Weighbridge Operative is able to generate a pdf Waste Transfer Note which is printed for the driver, and the transaction is logged for invoicing. 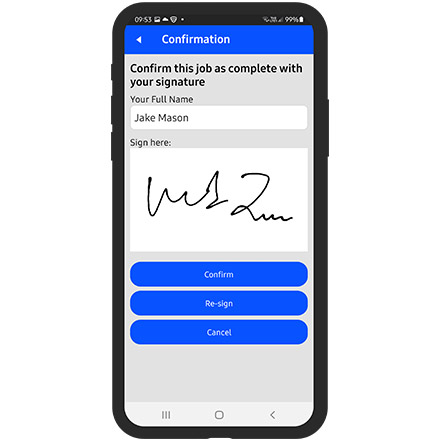 By digitising a three-part paper-based system S&B has been able to significantly reduce the time between skip/bin movements and tipping operations and an invoice being raised. It has also simplified the archiving and retrieval of tickets, evidential photos and signatures.

The app was developed using Java and closely integrated with the order processing database developed by Ultralogic for S&B. This required Ultralogic and Exploding Phone working in partnership to extend the system’s previously developed APIs.

S&B continues to explore opportunities to improve business efficiencies and anticipates commissioning app based components of future projects as required.