Highly visible manifestation of company’s commitment to IT adoption

Selco Builders Warehouse is part of Grafton Group which is a FTSE 250 PLC. The company’s marketing department was tasked with commissioning an app to complement and augment the organisation’s recently re-vamped web site. 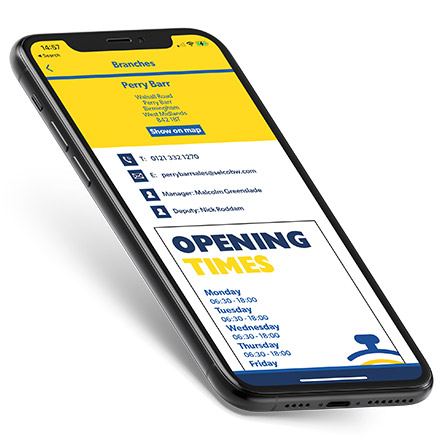 The building supplies sector has been relatively slow to adopt customer facing IT solutions however the increasingly competitive nature of the market has resulted in technology being increasingly used to provide competitive advantage. The Selco team had recently updated the organisation’s web site and decided that the return on this investment could be increased with the deployment of a mobile app. As such the app needed to add value to the mobile user experience without compromising the intrinsic utility of the existing Selco web presence.

After considering various potential web development partners Selco approached Exploding Phone initially requesting guidance around best practice within the constraints described above. Given the open ended nature of the brief Exploding Phone suggested a two stage engagement. An initial contact encompassing the delivery of wireframes and visual designs covering a range of options for the app. Upon delivery of the designs Selco would be in a position to identify a portfolio of appropriate functionality for the app, and enter into a follow-on contract with Exploding Phone to develop, test and deploy the app.

While the initial contact was with Selco’s Marketing Department the project also required close co-operation with the company’s IT department which played a key role in facilitating integration with the web platform and performing rigorous testing on the app prior to launch. 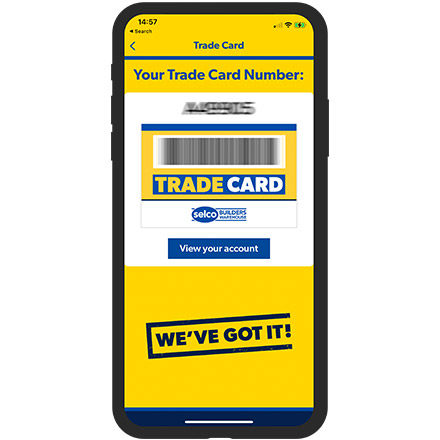 The scoping exercise identified a number of key features to incorporate into the app including a Project Planning section, GPS based branch finder, various calculator tools and enabling users to access their Trade Card account details.

Since deployment the app has received positive feedback from Selco customers. Furthermore the app serves as a tangible demonstration of the company’s commitment to the use of technology both generally within the business and to enhance the customer experience.

A key deliverable was ensuring that the app provided a consistent experience with the Selco web platform while also providing the user with a complementary range of additional services. This resulted in a range of technical solutions being required including:

The project was implemented with the added complication of several lockdowns. Nevertheless a strong partnership was developed despite of the team members never actually meeting in person.

Customer’s expectations of what they are able to achieve via a company’s app continue to expand and Selco is committed to commission the development of additional functionality over the coming months and years.